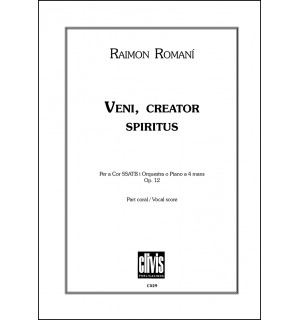 [Purchasing this item provides you a licence to make 12 copies of it] Veni, Creator Spiritus takes the text of a medieval hymn that invokes the creative spirit. The work has a triumphal air about it, as if the creative spirit were already being felt at the very moment of its invocation. It is an expression of vitality, power and positivity.