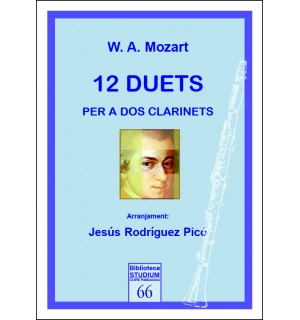 12 duets per a dos clarinets