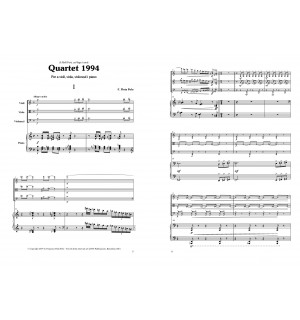 This isn’t a light or easy piece but a complex score which, while easy to listen to, transmits that feeling of intellectual pleasure you get with pieces which have something to say.